Typically when mixing an ensemble of instruments, regardless of whether it’s a rock band, a big band, a salsa band, a barbershop quartet, or even just three guys banging on metal cans, you’ll want to place the ensemble into some sort of acoustic space. The space might be a scoring stage, a club, a church, a cave, or even a parking garage. The most common way of doing this is to create an aux channel, insert a reverb plugin on that channel, and then send various amounts of the other channels to the aux channel’s input bus.

Also typically in this kind of mix, each of the instruments will be panned to a position in the left-right stereo image to arrange their order on an imaginary stage. For example, with a four-piece rock band (lead singer, guitar, bass player, and drummer) you might pan them to place the lead singer and drummer in the center, the guitarist more toward the left side of the stage, and the bass player more toward the right side of the stage. If -50 is “hard left” and +50 is “hard right,” then this could be accomplished by setting the leader singer’s and drummer’s pan to 0 (center), the guitarist’s pan to -30, and the bass player’s to +30.

If you stop there, however, the stereo imaging is incomplete. You also need to set the panning of each channel’s send to the reverb bus. It is a common mistake to make the reverb panning match the channel’s panning. It is actually more accurate to pan the reverb the opposite of the channel. For example, with our hypothetical rock band example, you would pan the guitarist’s reverb to +30 and the bass player’s reverb to -30.

How much of a difference does this make? It’s hard to say. I suggest comparing two mixes, one with the reverbs panned the same as the instruments, and the other with the reverbs panned the opposite. Listen to both and see which sounds better. Play the mixes for some other people and see which one they prefer. It’s been my experience that good mixing is often the sum of many small decisions. Any one of those decisions on its own probably won’t make or break the mix, but over the course of mixing a song, you can accumulate things that add up to a good mix. Reverb panning is one of those things! 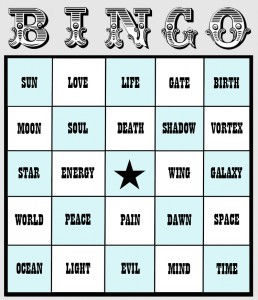