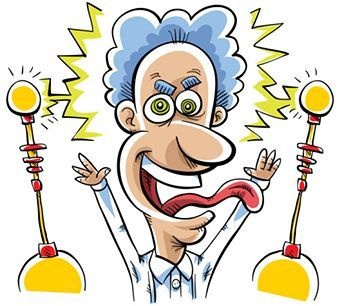 The term “mastering” in the audio world conjures up images of a mad scientist in his laboratory, surrounded by oscilloscopes, Jacob’s Ladders, mysterious black boxes with large rotary dials built in the 1940s, and maybe even an animal about to be sacrificed on an altar between two speakers that cost $100K each.

That image might still be more or less accurate for a music mastering lab, but fortunately mastering an audiobook is fairly simple and doesn’t require expensive equipment or the harming of any animals.

You’ll need two plugins: a maximizer and a level meter. I recommend the Waves L2 Maximizer, but almost any maximizer can produce acceptable results. For the level meter, you’ll need something like the Waves WLM plugin that can measure “loudness units relative to full scale” (LUFS). This might be a new concept, but for our purposes here it just means “how loud the audio seems to be to the human ear.” If you want to learn more about LUFS, I recommend this video.

Insert the maximizer and level meter plugins on the master channel (in that order). The goal is to have the long-term LUFS be around -21, according to “EBU method / ITU 1770 weighting” (which is the default in the WLM plugin). If you’re using the L2 Maximizer, use the “CD high res” setting with the output ceiling pushed down to -2. Whatever maximizer you choose, there’s probably a setting for producing a CD, and that should work. You don’t want massive amounts of compression like a bad Nirvana remastering; you just want to even out the obviously loud and soft sections so the audiobook listener is never tempted to adjust the volume on their playback device.

Once your plugins are in place, play some of the first chapter. About a minute should be enough. See what the LUFS is. Adjust the maximizer level accordingly and play the same audio. You want the LUFS to be -21. If all the chapters were recorded in the same studio, on the same equipment, with the same narrator, they shouldn’t vary by more than 1 or 2 dB, so you probably won’t need to adjust the maximizer very much from chapter to chapter. If the LUFS of a chapter is much below -24, you’ll probably need to adjust the level of the audio feeding into the master channel before adjusting the maximizer, otherwise you’ll start noticing the compression effect of the maximizer (i.e. you’ll end up with a bad Nirvana remastering).

Then simply repeat that procedure for each chapter in the audiobook.

Here’s a dirty little secret: If the LUFS is a little off, say -20 or -22, you’ll be fine. The big picture is that you don’t want a noticeable loudness difference between two chapters, or between two audiobooks. Compare the mastered versions of chapters recorded on different days to make sure they sound the same loudness. Also compare your mastered chapters to a reference audiobook, preferably something that has won an award for audio quality. There’s no point in making sure your audiobook sounds as good as someone else’s bad-sounding audiobook!